Must have a verifiable handicap. This can be with Golf Pad, 18 Birdies, NCGA or other Dirty Valley approved apps. You must show your handicap index to the tournament coordinator the morning of the tournament.

No Gimmes – All putts must be holed out. No exceptions. If you do not putt out you will be given a score of 10 for the hole.

New 2019 Two Stroke Rule in play at all Dirty Valley Tournaments. Which means a tee shot out of bounds (white stake) may be dropped within two club lengths on the fairway side of the lost ball. This is a two stroke penalty and you will now be hitting four. Or you can opt for stroke and distance with a one penalty stroke and re-tee your shot. You will now be hitting three off the tee box. Click here to see video on YouTube.

You must finish the hole. No longer are you allowed to pick up at 10. You must play out the hole in full on every hole.

Embedded Golf Ball Rule does not apply in bunkers. If your ball is embedded or “yolked” in the ground, no matter where it is on the golf course (outside of a hazard or penalty area), you can remove it and then get a free drop.

Handicap for the day is determined by the following formula.

Your handicap index multiplied by the course slope rating and divided by 113. This will give you your handicap for the days’ tournament.

Winter Rules: Only apply when the golf course or the tournament coordinator announce that Winter Rules is in play. If neither announces it, you may not take advantage of Winter Rules.

Winter Rules is the term that means that you as a golf player are allowed to improve your lie without penalty on certain parts of a golf course. It’s a local rule only and is also known as ‘preferred lies’. It’s only in effect if you’re informed upon arrival at the golf course. 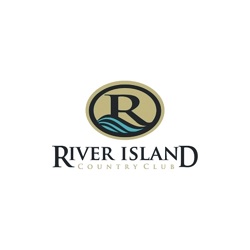